When God Says “No” to Our Prayers 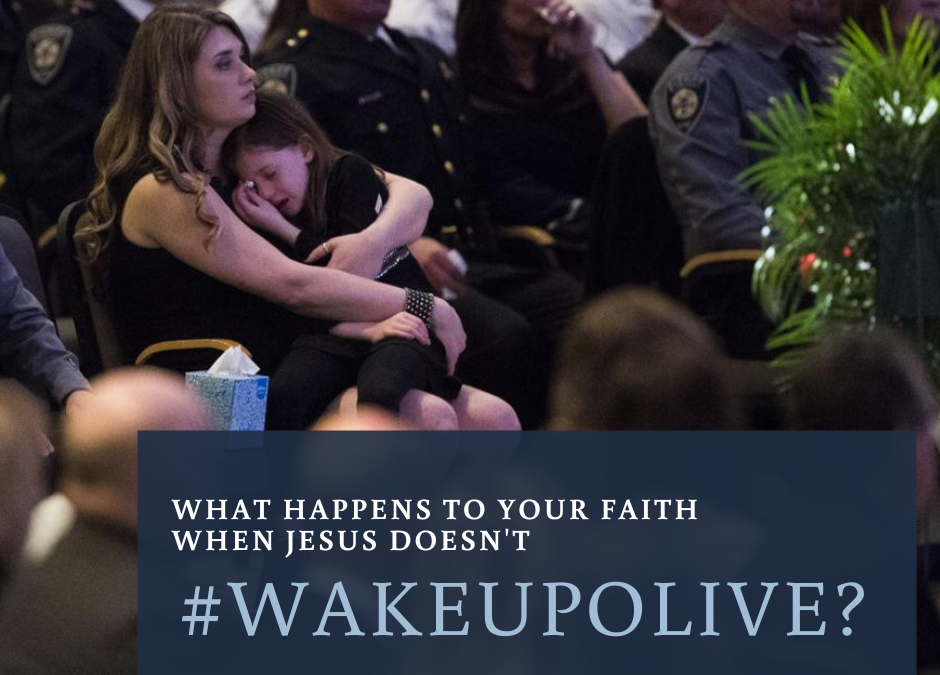 Last week a toddler in California named Olive died suddenly and unexpectedly. People in Olive’s church and throughout the nation galvanized around the belief that Jesus is a miracle working God. They believed Him when He said we would do equal and greater works in His name.
For a week, people worshiped and believed in faith, asking God to raise Olive from the dead. And God said no. Despite the fervent, effective prayers of the righteous (James 5:16) God did not do what His people asked of Him regarding Olive.

Almost every single day of Micah’s eleven years at the sheriff’s office, I prayed directly and specifically over his life. I prayed that God would spare him from the constant threat of death that looms over law enforcement officers. And in response to my years of scriptural requests (Psalm 91), God said a resounding, “No.”

The disciple, Peter, was one of the closest men to walk beside Jesus. Peter was the only one brave enough to get out of the boat during the storm. Jesus proclaimed that Peter would be a rock that He built the Church on. Then everything Peter hoped for and believed in with all his heart came crashing down, as his miracle working Master was publicly executed.
Humiliated, heart broken, embarrassed by his own response to his fear for his own life. Dazed from the confusion and shock of grief, Peter went back to what he knew. Peter went back to work. Fast forward a few days, and we see Jesus pursuing Peter. Jesus goes back to the water where He first asked Peter to lay down his fishing nets and follow Him instead.
Just like all little Jewish children, Peter was raised to look for the Messiah. A conquering King who would deliver them from Roman rule. Peter was expecting Jesus to stage a coup in a glorious insurrection. Peter’s disappointment and disillusionment are still palpable, 2000 years later.

After cooking breakfast, Jesus confronts Peter about his disillusionment. Jesus says, “Peter, do you agape (unconditionally love) me? Peter replies, “Lord I phileo (love you like a friend). Jesus challenges Peter again. Do you agape me? Peter is brutally honest, Lord, I phileo you. Jesus exposes Peter’s human frailty and his heart. Peter, you PHILEO me?? Peter, humiliated and exposed replies, Lord, you KNOW all things, you KNOW I phileo (not agape) you.

Jesus hadn’t behaved or delivered what Peter expected. When Jesus wasn’t the conquering hero, Peter walked away. He went back to who he was before Jesus had called him. Peter’s conditional affectionate love for Jesus was exposed by his circumstances. Over breakfast, Jesus confronts Peter’s motives and calls him back to his first love and to his commitment to lead the church.
Jesus didn’t raise Olive from the dead. Jesus didn’t give Micah the long life I asked for. And I have come face to face with the same question Peter had to answer. Rachael, do you agape me? Even if life with me doesn’t meet your human expectations? Even through pain, disease and loss? Will you still be faithful to me and feed my sheep? He is asking Olive’s loved ones, He is asking me, He is asking you, Do you agape me?