What is the Blue Lives Matter Flag? 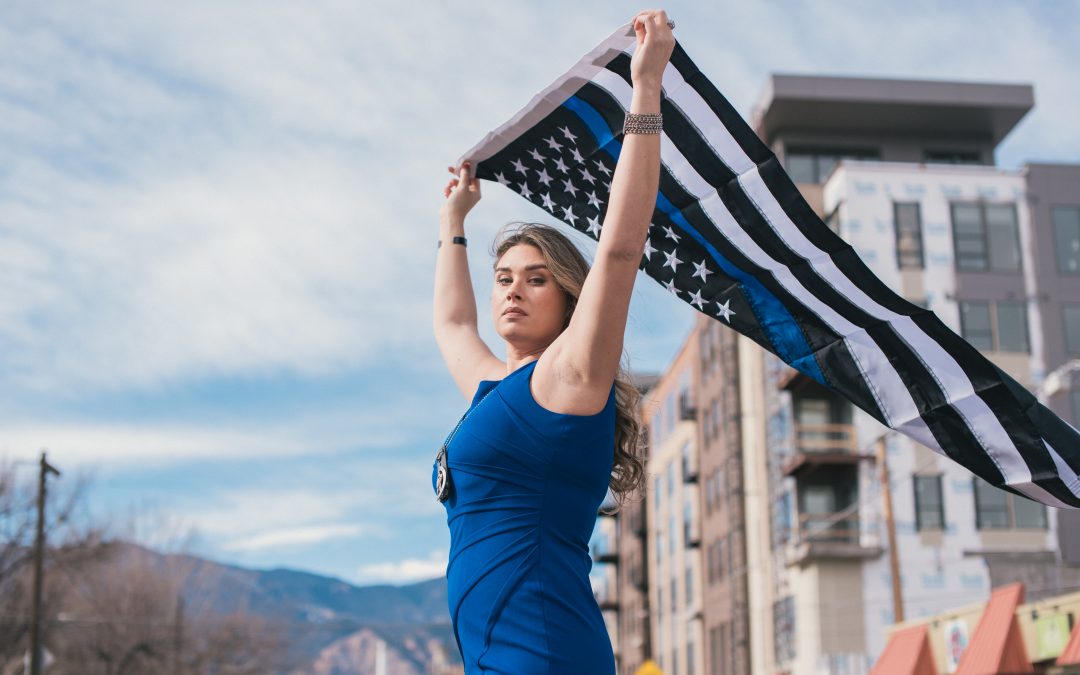 To the directors of the HOA requesting your resident remove his “white lives matter” flag,
I am Mrs. Rachael Flick, widow of murdered Deputy Micah Flick, who was killed in Colorado Springs in 2018. Micah died while wrestling the gun from a car thief who was high on meth. Manuel Zetina had already struck 3 other officers and a civilian and had sprayed bullets into the surrounding apartment walls. Zetina went to execute Deputy Stone who was already lying on the ground. Micah grabbed Zetina’s gun and saved Deputy Stone’s life and many others, while being shot below the neck.
Micah was a man of honor and a law enforcement officer of honor. He defended the weak and brought justice for victims. He protected women from their abusers and gathered the evidence to make sure murderers were held accountable. Micah was just one of three honorable officers who were murdered in five weeks that winter.
The Thin Blue Line flag waves proudly for tens of thousands of dedicated, sacrificial men and women just like Micah. The thin blue line is the line between order and chaos. Those who support the racially diverse officers who defend this line are black and white, Hispanic and Asian, Pacific Islander and Native American. The blue line flag is NOT a flag of white supremacy! Far from it. It is a symbol of justice! It is freedom, sacrifice, hope, and the peace that allows us to sleep at night while others keep watch.
The chaplain who lives in your neighborhood is not a closeted racist. Robustly the opposite, he is a man of love and honor, just like the officers he supports. I urge you to allow him to fly the blue line flag; and to be grateful that you have someone who values peace and justice for ALL Americans living among you.
Sincerely,
Mrs. Rachael Flick
hoa-tells-local-police-chaplain-to…
https://kdvr.com/…/hoa-tells-local-police-chaplain-to…/
#ACAB #bluelivesmatter #thinblueline #blacklivesmatter